1) C as a mother language

C language is considered as the mother language of all the modern languages because most of the compilers, Java virtual machine’s (JVMs), Kernels etc. are written in C language and most of the languages follow C syntax e.g. C++, Java etc. It provides the core concepts like array, functions, file handling etc. that is being used in many languages like C++, Java, C# etc.

2) C as a system programming language

3) C as a procedural language

4) C as a structured programming language

5) C as a middle-level programming language

1) Simple
C is a simple language in the sense that it provides structured approach (to break the problem into parts), rich set of library functions, data types etc.
2) Machine Independent or Portable
Unlike assembly language, c programs can be executed in many machines with little bit or no change. But it is not platform-independent.
3) Middle-level programming language


C is also used to do low level programming. It is used to develop system applications such as kernel, driver etc. It also supports the feature of high level language. That is why it is known as middle-level language.
4) Structured programming language
C is a structured programming language in the sense that we can break the program into parts using functions. So, it is easy to understand and modify.
5) Rich Library
C provides a lot of inbuilt functions that makes the development fast.
6) Memory Management
It supports the feature of dynamic memory allocation. In C language, we can free the allocated memory at any time by calling the free() function.
7) Speed
The compilation and execution time of C language is fast.
8) Pointer
C provides the feature of pointers. We can directly interact with the memory by using the pointers. We can use pointers for memory, structures, functions, array etc.
9) Recursion
In c, we can call the function within the function. It provides code reusability for every function.
10) Extensible
C language is extensible because it can easily adopt new features.
- November 07, 2017 No comments:

C was initially used for system development work, in particular the programs that make-up the operating system. Mainly because it produces code that runs nearly as fast as code written in assembly language. Some examples of the use of C might be:
1.      Operating Systems
2.      Language Compilers
3.      Assemblers
4.      Text Editors
5.      Print Spoolers
6.      Network Drivers
7.      Modern Programs
8.      Data Bases
9.      Language Interpreters
10.  Utilities


In recent years C has been used as a general-purpose language because of its popularity with programmers. It is not the world's easiest language to learn and you will certainly benefit if you are not learning C as your first programming language! C is trendy; many well established programmers are switching to C for all sorts of reasons, but mainly because of the portability that writing standard C programs can offer.
- November 07, 2017 No comments:

1) Download Turbo C++ software
You can download turbo C++ from many sites.
2) Create TurboC++ directory in C drive
Now, you need to create a new directory turboc inside the C: drive.
3) Double click on application file and follow steps


Now, click on the link located inside the C:\TurboC++ 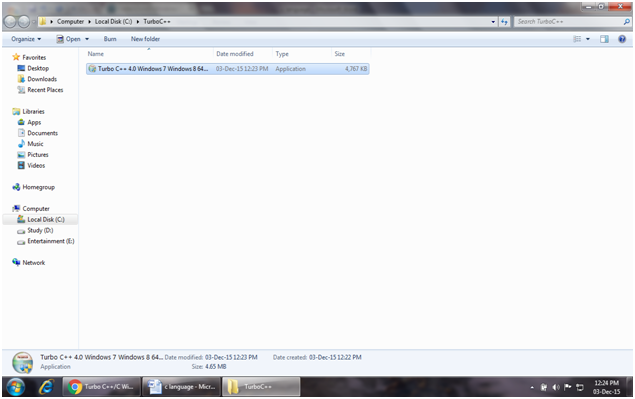 It will ask you to choose a start menu folder you can choose or click on Install. 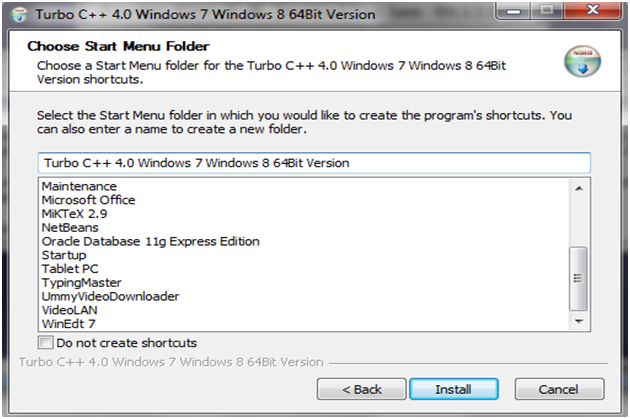 After click on install, this application is installed on your windows system. 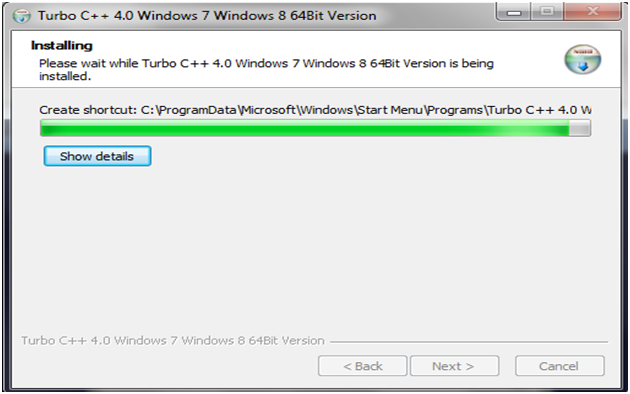 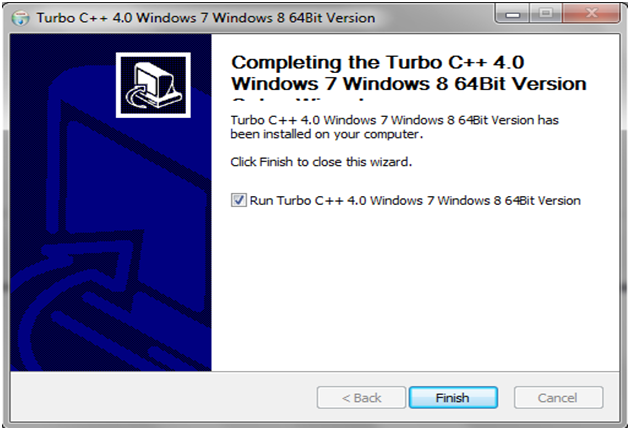 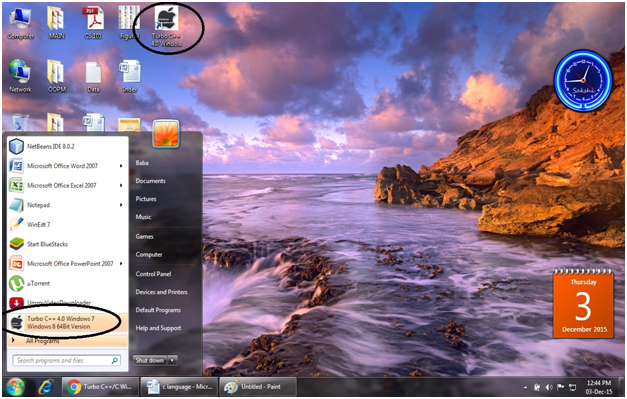 In windows 7 or window 8, it will showing following console. 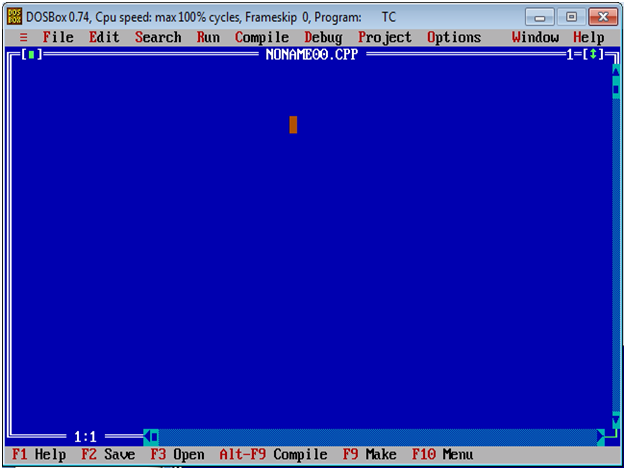 First C Program and Compilation and Execution of C program

Program 1.1: To write the first c program to print the “Hello C language”.


Open the C console and write the following code. 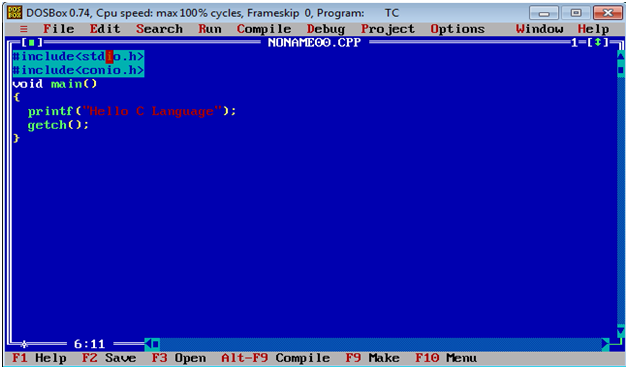 Write a Program (WAP) to print the cube of the given number.

Output
enter a number:5
cube of number is:125

Email ThisBlogThis!Share to TwitterShare to FacebookShare to Pinterest
Labels: C language, Introduction to C Language, Write a Program (WAP) to print the cube of the given number

A data type specifies the type of data that a variable can store such as integer, floating, character etc. There are 4 types of data types in C language.

Remaining data types will be studied later.
- November 07, 2017 No comments: